For Pete Davidson, he has been able to accomplish that in more, making a meteoric rise to become one of Saturday Night Live’s most popular cast members, while also becoming a multi-millionaire, to boot.

Find out the details about how his life was shaped by incredible tragedy and led to career-making millions and a highly publicized relationship with Ariana Grande. 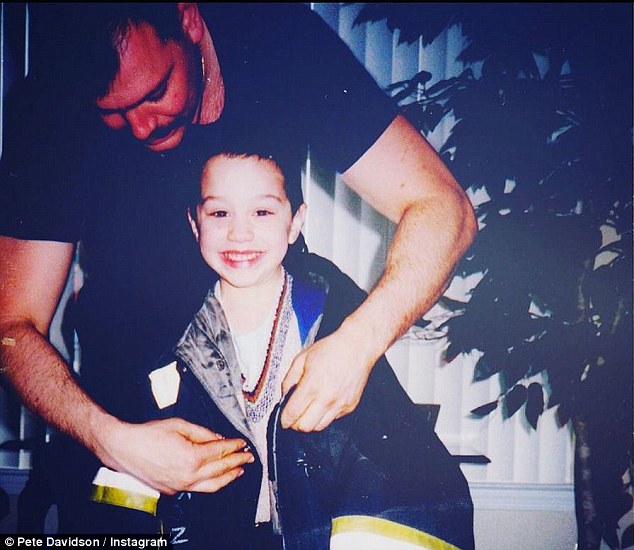 Davidson was born in 1993 and grew up on Staten Island. He grew up in a rather normal family. His dad was a firefighter and his mom a school nurse, and he also has a younger sister.

By all accounts, his childhood was rather normal until the tragic day of September 11, 2001, when Pete’s father Scott was called to Ground Zero. Scott was seen running up the stairs into the heavily-damaged Marriott World Trade Center, but he never came out. The building collapsed with Scott still inside, and he was tragically killed.

For seven-year-old Pete, the loss of his father weighed heavily. He acted out in school and at one point, he even claimed to have ripped out his hair to the point where he was bald.

He later revealed that he struggled with suicidal thoughts in his youth and credited the music of Kid Cudi for saving his life.

Get the best Celeb's Style straight into your inbox!

What do you think?

Browse and manage your votes from your Member Profile Page

Affiliate: Some of the links on the website are affiliate links, meaning, at no additional cost to you, we will earn a commission if you click through and make a purchase.
Copyright: All images are copyrighted to their respective owners. All content cited is derived from their respective sources.

Back to Top
Close

Hey You!
Before You Go…

Get the best Celeb's Style straight into your inbox before everyone else!